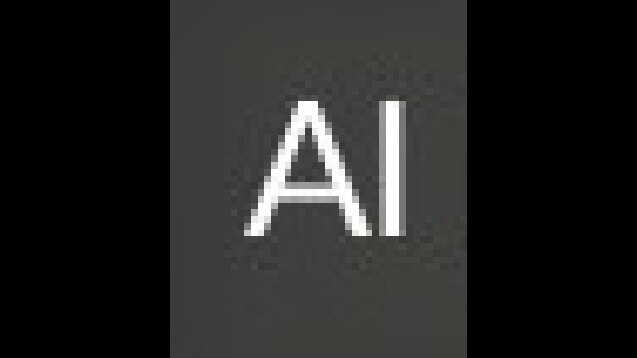 The AI builder allows you to quickly build large transport networks in a few clicks. It has over 25,000 lines of code and a fuzzy-logic-based route-finding algorithm.

Local bus services
Whenever the AI builder constructs a train station, ship port, or airport, it will also construct a bus station with three lines to connect the town’s residential, industrial and commercial areas.

Passenger Trains
You can build inter-city passenger train connections, it will look for existing stations and extend existing lines where possible.
New terminals are automatically added, and all existing routes are shifted to make way for the new connection.

Cargo Trains
Cargo routes to share tracks where possible. They will not, however, use passenger tracks as these are kept separate.

Trucks and roads
The AI builder looks to re-use existing roads where possible and upgrade them. It will even take the original street network and “smooth” it out, the effect is subtle, but it mostly allows road vehicles to maintain their top speed.
As of version, 1.0 trucks are the only vehicle that will deliver “final” stage cargo to towns.

Highways
There is an option to build highways between cities. I recommend the “2 lanes elevated” option, as building ground-level highways often end up conflicting with a lot of other things. If two highways cross, then a junction (4-way stack interchange) is built automatically.

Ships
Options to connect ships with passengers and freight are provided. Bear in mind there is no way to currently validate a connection until it has been built, so sometimes these will fail and need to be rolled back, but I estimate they are successful about 90% of the time.

Air
Passenger air connections are also possible. As of version 1.0 there is no support for cargo freight.

Special features:
Era-specific parameters:
The building parameters change through the eras, I have sub-divided them into 6 different eras, roughly dividing the original eras. As time goes on the behavior will change, for example, rail-road grade-crossings are allowed in the early game but not in the late game. The early routes will focus on keeping level, later era routes will focus on keeping straight and minimizing distance.

Spirals
If a large height difference is needed that would exceed the configured max gradient, then spiral(s) will be built to allow the height to be gained or lost. These are fully integrated into the terrain.

Mods
Currently, the AI Builder only uses and understands vanilla assets. Unfortunately, I had to hard code the production chains, so non-vanilla industries will be ignored.
If you want to use non-vanilla stations, then it is possible to build stations in advance and the AI builder will connect these stations with a route. I have provided options for building “elevated” and “underground” route buildings, and these work with the modded elevated and underground stations. However, the AI builder is not able to do any upgrades to modded stations, such as adding tracks or electrification, so this will need to be done by hand.

Caution!
I have seen a lot of crashes to the desktop trying to get this to work! Save your games regularly and always make a save before beginning a new AI construction.

Update version 1.3
– added a customization button to allow some route choices to be made, including restricting traction types and allowing more track sharing
– new feature – grade separate track junctions. This will be enabled by default in the late-Era-C period (the game year 2000 onwards) but can be customized by choosing options in the new menu

Update version 1.4
– added a button on the rail/town panel to choose whether to build a terminus and override the default selection
– new feature – it is now possible to extend passenger rail lines from non-adjacent terminals, it will build a new grade separate crossover
– new feature – merging two passenger rail lines into one where a connection is built between stations that act as a start/end point for two lines

Update version 1.5
– new feature – Cargo aircraft! It works a bit differently from the other cargo transport modes as it requires using a pre-existing airport (it will not build airports), instead, it will extend the airport at the back with cargo loading facilities on a 2nd taxiway, along with a cargo loading station for trucks. The cargo will be trans-shipped by road to destinations up to 4km away.

Update version 1.6
– new feature – Can now set up a town bus network independently of building a station, this is available in the towns panel
– new feature – Upgrades panel, allows specific upgrades to be made to individual lines. Currently, this is only for adding bus lanes and converting buses to trams and vice versa, but more will be added later

Update version 1.7
– new feature – Now supports the “Elevated Stations” mod by Lollus, if you have the mod installed and select the “elevated” option when building passenger lines then these stations will be used automatically for non-terminus station
– new feature – Route planner for passenger lines, can now build a multi-station line in one go by clicking on the towns. This even allows for quadruple tracks with express and local services!

Update version 1.8
– new feature – Now supports the “Underground Stations” mod that I created. If you have the mod installed and select the “underground” option when building train lines, then these stations will be used automatically for non-terminus stations.
– new feature – Route planner for highways – it is now possible to set up highway connections between multiple cities in one go

Update version 1.9
– new feature – A new “straighten” panel to allow you to straighten out tracks, roads, and highways to allow faster speeds