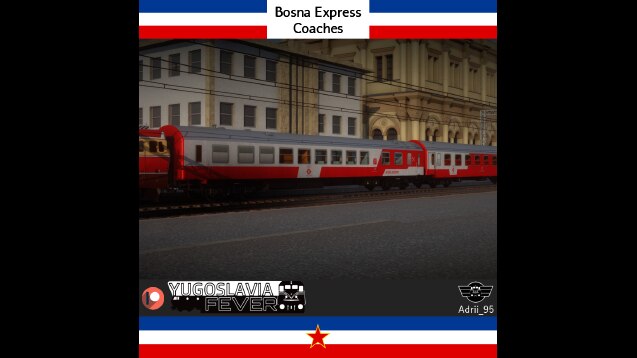 At the initiative of the head and experts of ŽTO Sarajevo and RO for the organization of railway transport (led by Prof. Dr. Sadik Beširević), the Contract for reconstruction, reconstruction, and major repair of 10 Y-wheels in the modern and luxury set ‘Bosna Express’ was realized.
All materials and spare parts that are installed in this beautiful car are the results of the work and cooperation of ‘Janko Gredelj’ and the Yugoslav economy. Of the imported equipment, only 2 elements worth 1000 DM were installed for this entire set.
The decision of ŽTO Sarajevo should be welcomed all the more, as it found a justified calculation in this work in its preparations for the XIV Winter Olympic Games in 1984 in Sarajevo. Namely, for about 70 million dinars, the customer received modern renewed and reconstructed wagons of the highest class from old Y cars.
Bosna Ekspres consists of 6 cars, one of which is a buffet restaurant. The cars have been renovated and reconstructed in order to achieve high comfort.
Note that the mod is still W.I.P.