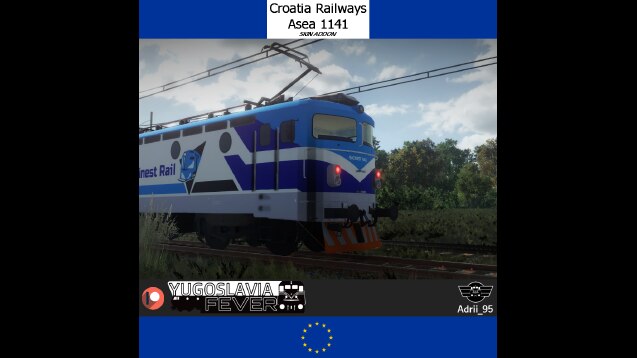 HŽ series 1141 (original numbering JŽ 441, factory designation ASEA Rb1, nicknames Asea, Švedjanka) is an electric locomotive of the Croatian Railways for the 25 kV 50 Hz power supply system.
The locomotives were built between 1967 and 1969 for the needs of the then Yugoslav Railways by the united company Traktion-Union, consisting of the Swedish ASEA, the Swiss Secheron, and the Austrian Elin-Union.
Rade Končar, with a number of subcontractors from the ranks of Yugoslav industry.