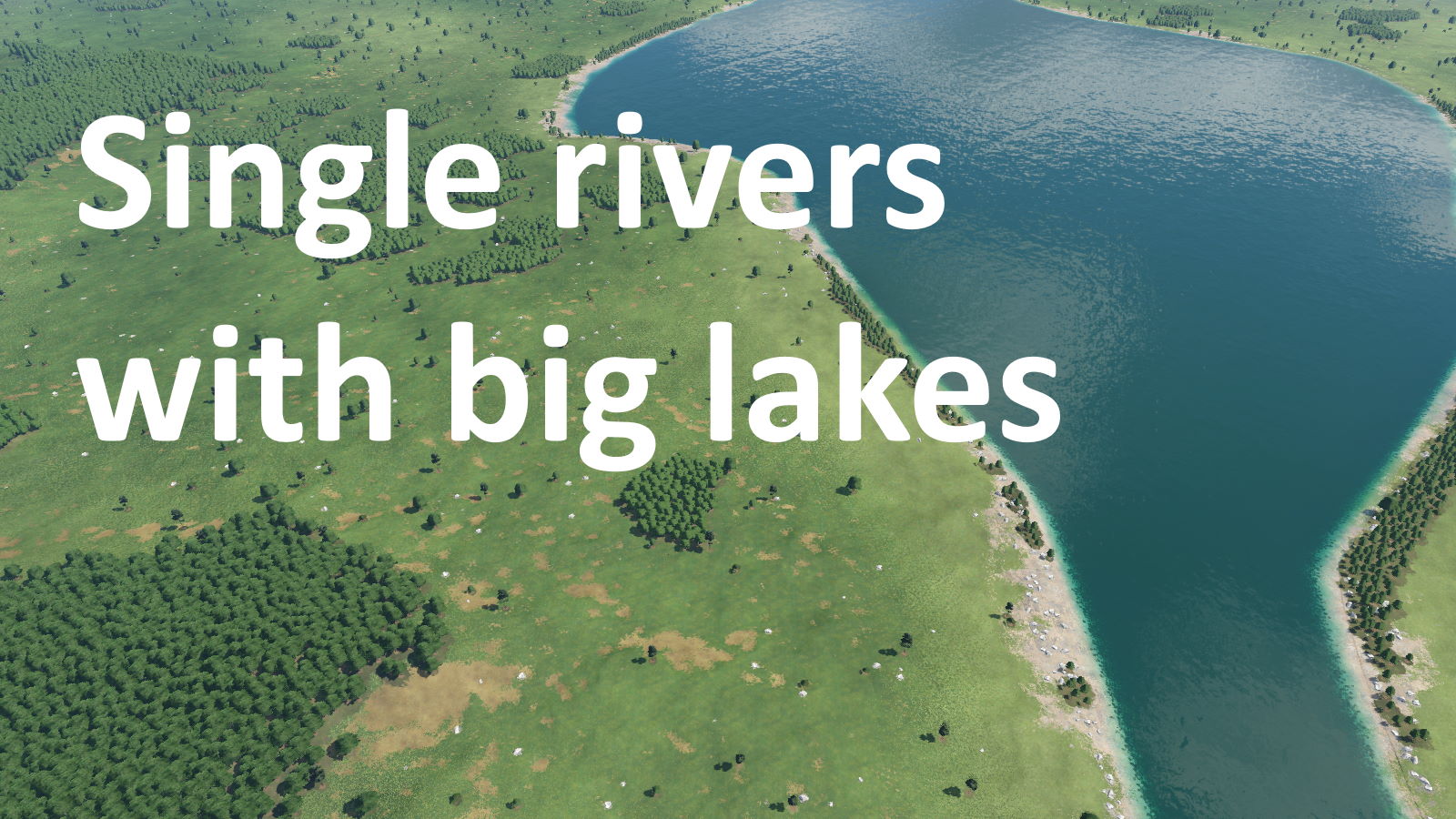 This mod allows for more control over the parameters of the standard terrain generator for temperate climate. The unmodded generator only allows to set three different parameters (hilliness, water and forest), which will then in turn influence several internal parameters such as lake generation, mountain height and others. This mod exposes many of those parameters to the user, allowing for much more detailed influence on the resulting map.

With this mod, you can, for example:

The terrain generation library itself has not been changed, the mod will still use the original Urban Games terrain library, just with some more flexibility.

– When starting a new game, the mod can be used without prior activation. Simply select “Temperate” as your climate and “Terrain (extended)” as your terrain generator.
– If you want to use the mod in the map editor, you need to enable it first on the map editor startup dialog by choosing “User defined” settings.

– Some parameter combinations seem to be incompatible to each other. In this case, you will receive an error message in the map preview window. Simply revert your latest change and try again.
– The mod allows for heavy afforestation (much more so than the unmodded version). However, trees are a performance killer, so be sure you have enough computing power when choosing high values for the forest parameter
– The final layout of the map will still be heavily influenced by the random seed, and some parameters may not have the desired effect in certain circumstances. In this case, it is advised to refresh the random seed and to try again.
– Unfortunately, some tree values for mountain ridges and hills are hard-coded into the terrain generation library and cannot be influenced from outside. In order to suppress all trees including those on hills and mountain ridges when the forest value is set to zero, it is required to also suppress rock asset generation, which is what the mod is currently doing when no trees are desired. Still looking into this, but for now you have to go without rocks if you don’t want any trees.