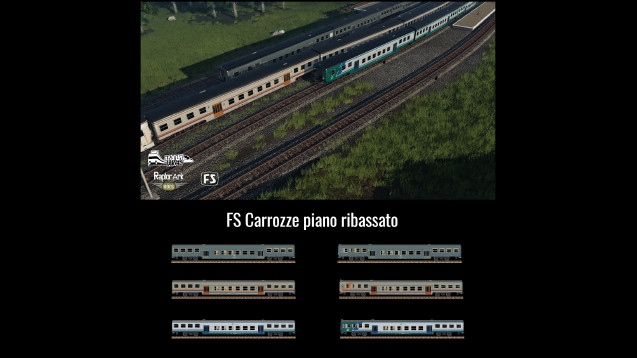 FS Vicinale Piano ribassato are the first coaches, in Italy, with a lowered floor chassis, to optimize the speed at which people could get in the waggon.
The early version was intended to travel at 160km/h but, since there weren’t locomotive available for metropolitan services to go at that speed, the top speed was limitated to 140km/h. It had “jaws” brakes and an electric generator connected to a wheel, acting like a dinamo, for auxiliary services. Doors were also shaped in a different manner (smaller windows).
From 1972, it started the production of the second generation: disk brakes, auxiliary dedicated generator and bigger windows doors.
It was intended, since nearly the beginning, to have a remote driving coach, so that there was no need to change locomotive at the final station of travel when turning back. The locomotive may have staied coupled, as the train was totally reversible.