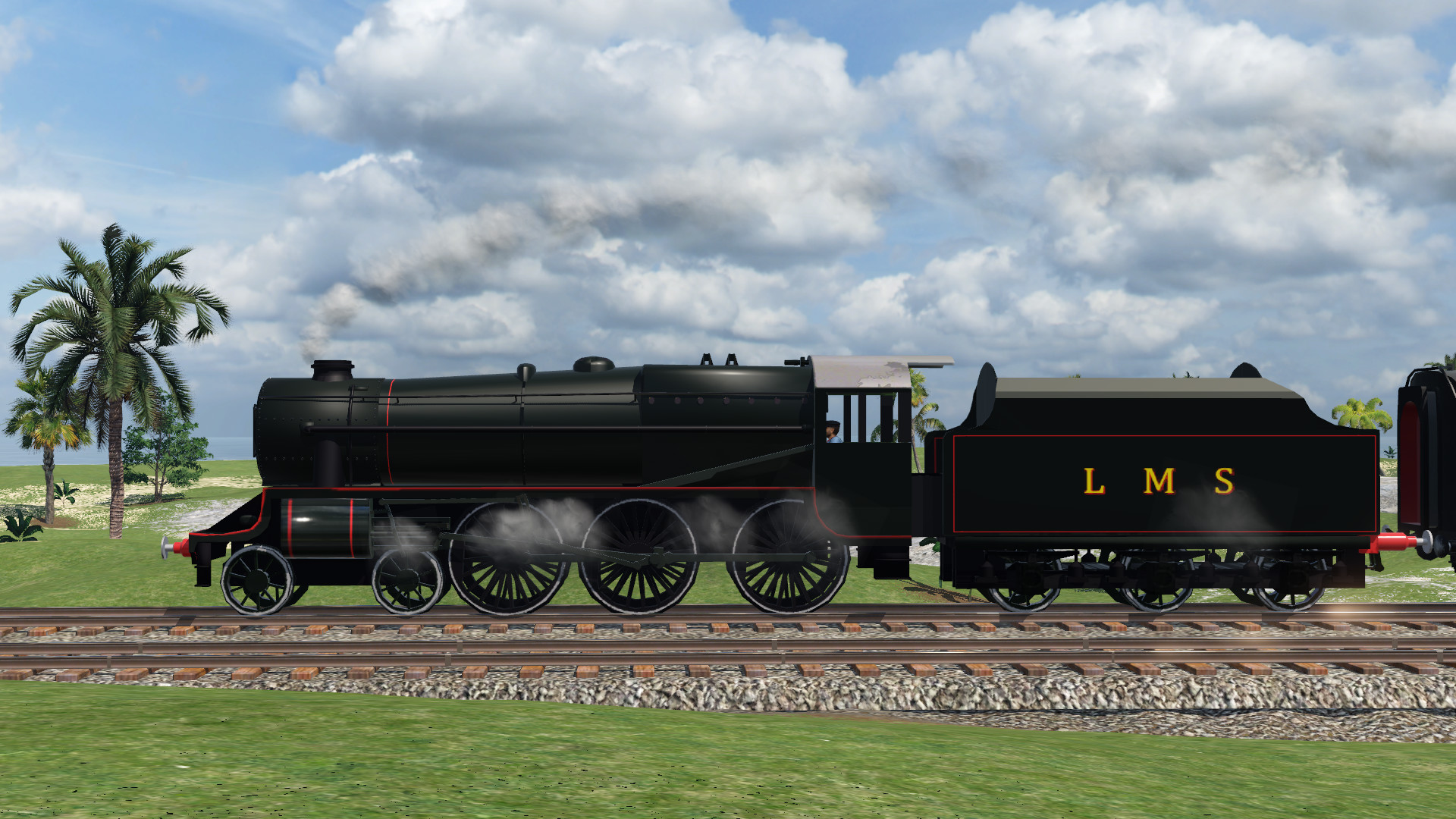 The LMS Black 5, designed by Sr William Stanier, debuted in 1935 to be a ‘maid of all work’ mixed-traffic engine. The engine gained its nickname, the Black 5, from two simple factors. It was classified a 5MT (mixed traffic) under the LMS, and also painted black.
These engines were very similar in design to the Jubilee class of passenger locomotives, the only discernble difference to the passing eye would be the larger driving wheels and the existence of splashers over them.
The Black 5s also share DNA with the widely successful frieght engine, the Stanier 8F. These engines were to see action all around the globe during the war, and some even found their way to the LNER.
These engines were some of the most numerous locomotives of the late UK steam scene, and many have been preserved.
This model depicts a ‘Typical’ Black 5 in LMS black lined livery to the best of my ability, however, with there being so many Black 5s, and thereby liveries, none were ‘typical’. Some were unlined, some were green, some were matte black, most were filthy, some went crimson and I think at least one went experimental blue.
So yeah, not 100% prototypical on the livery, but feel free to spice it up if you wish. I give any other modders permission to use the mesh for reskins etc.
Stats:
Speed: 80mph
Power: 1700hp
T/E: 25,000lb/f
Available: 1935 – 1969

Credits:
We don't have any information about the author of this LMS ‘Black 5’ 4-6-0 Mod mod. If you are an author, please contact us or leave a comment below and we will add your credits for Transport Fever 2 mod.