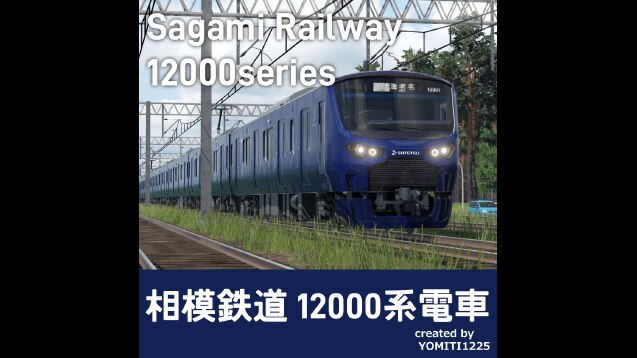 Manufactured by Sagami Railway Co. to serve JR lines when they open in 2019.
The body design is by the same designer as the Sotetsu Series 20000, and the front shape is reminiscent of the lion’s mouth of a Noh mask.
The specifications of the train are almost the same as those of the E233 Series 7000, except for the body shape, since the train is to connect to the JR Saikyo Line.
The direction of the cars also matches that of the JR line, with only the 12000 Series facing the opposite direction within Sagami Railway.