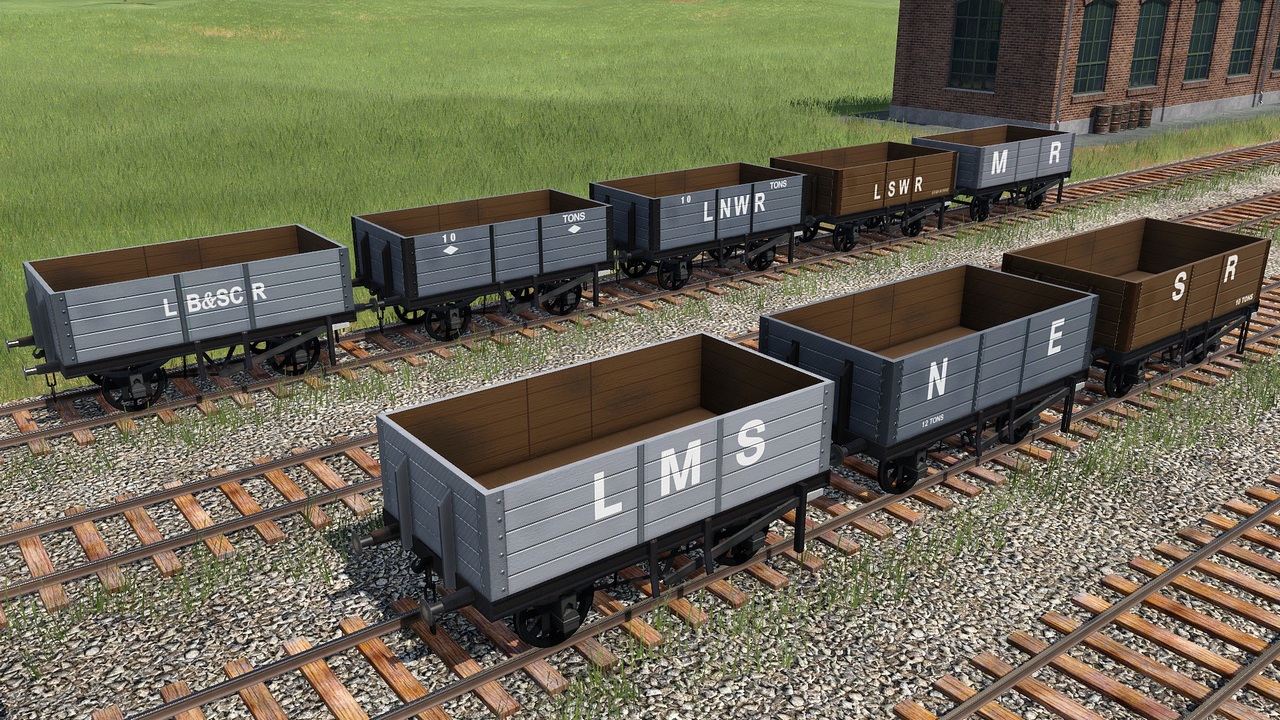 These are repainted versions of my GWR 5-plank open waggons. The original mod must also be loaded in the game (load order is not important). These companies were chosen to tie in with engines made by other modders currently available on the Workshop. Other railway company liveries might be added to this mod at some point in the future, depending on what other modders make.

Includes Placeable Asset versions. No aging. Not re-colourable (see the generic British 5-plank waggon in the original mod instead).