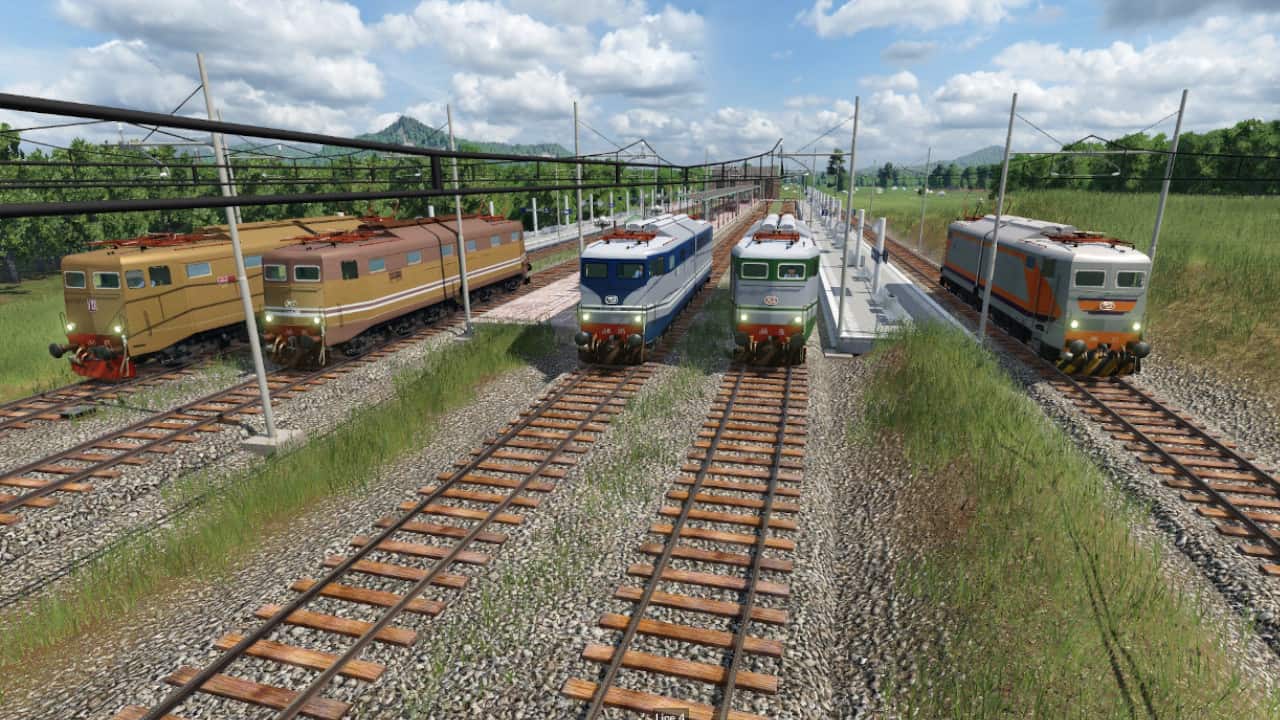 E646 is a Bo-Bo-Bo electric locomotive working in 3000 V DC electric system, built from 1961. The locomotive is a direct evolution of the E636, which shares nearly everything. The main differences are in the engines: each axle has a two 82-333 FS engines (that makes 12 engines). Transmission is completed with the new (for that time) “anello danzante” technology, which allowed the engines to have more free movements. The transmission ratios were 25/64 for the E646 and 21/68 for the E645: the E646 was used mainly for heavy passengers transport (and, also, for “high speed” trains), while the E645 had big hauling power on freight trains.
In the 80’s, the entire group of 646 was transformed in “navetta” service: they were able to be driven by a remote car, for metro-like trains.

The locomotive is rheostatic, that means that the speed/power regulation is obtained by regulating a resistance (rheostat) in series with the engines. The engines themselves are connected in “serie” two by two. They can be connected in “serie” configuration (all the 12 engines in series), “serie-parallelo” (engines coupled 6 by 6 in parallel), “parallelo” (4 by 4) and “super parallelo” (2 by 2). Another speed regulation is obtained, after the entire rheostat is excluded, by operating shunts on engine’s coil: it will work with a lower number of coil spires, resulting in an overboost of the engine.
The entire regulation of power was done manually: there were no automatism systems (like in the E424); the train driver had to use a lever to exclude rheostat. The same level had some stages at which the locomotive made transition from each kind of connection (serie – serie-parallelo and so on). Engines’ coil shunt was made with another little lever.

It was a very affidable and powerfull locomotive but, after 50 years of service, it was so outdated.
The last locomotives of the group have been retired in 2008. They are all demolished, except some units (like the .196 or the .085) that are preserved for historical events.
Special thanks to DomTrain for the locomotives sound set!

Credits:
We don't have any information about the author of this FS E645 / E646 Locomotives Mod mod. If you are an author, please contact us or leave a comment below and we will add your credits for Transport Fever 2 mod.