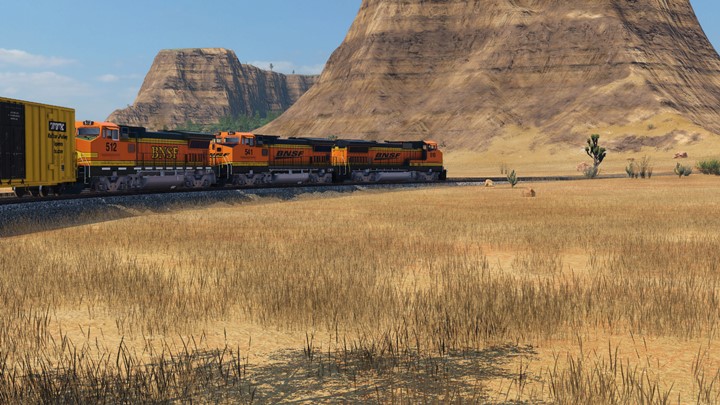 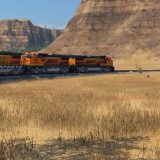 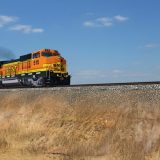 Exclusive originally to ATSF, the wide cab version of the road switcher Dash 8-40B was ordered from GE. Eventually they would carry on through to the merger with Burlington Northern, and go through several paint schemes including H2, H3, and even H4.

Some Questions, Answered
meatball you idiot, you left an orange patch on the ATSF patch units!
I’m aware. These are the air conditioning units that were transferred from other units who were orange. BNSF was lazy and didn’t paint them. So, accuracy.

meatball, theres no headlight emissive! what the heck?!
Okay so this is a new thing I’ll be upgrading all my units to, to be compatible with Natural Environment Professional 2. NEP2 disables the bloom effect, so I installed a new headlight texture which actually is a headlight. It also does glow, its just set very low to look more realistic.

meatball, the drivers look like they’re playing piano in the air!
yeah i know, thats just the default drivers. Not dedicated enough to make new engineers so its UG.

dude, you took way too long to release this!
eh.